Robert Greatrix shares the same values and became a partner in 2013 after having worked in industry and a large accounting firm. 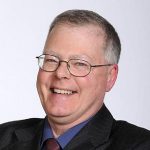 Wayne’s career in accounting began while he was in high school doing bookkeeping for a local trucking company. After high school Wayne obtained his CGA designation while working in public accounting at what is now called MacGillivray Partners. Before opening his own practice in Smithville in 1992 Wayne also worked in various positions in industry. In addition to his Certified General Accountants Designation, Wayne is also a Certified Financial Planner and a Licensed Public Accountant.

Wayne provides accounting, assurance and advisory services from the manufacturing and construction industry to the farming and not for profit sector. In his free time Wayne enjoyes spending time with his family, his horses and old tractors. 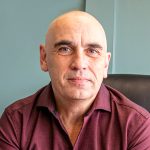 Doug began his accounting career in 1988 and received his CGA designation in 1995. After working at other regional accounting firms, he opened his own practice in 1998. Through the years Doug has worked with various charities and was a Tribunal Judge for the Certified General Accountants Association of Ontario. Today Doug enjoys biking, playing volleyball and trying to teach himself to how to play guitar. 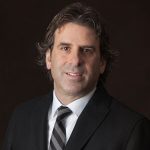 Rob began his accounting career in 1988 with the firm KPMG LLP and obtained his CGA designation in 1992.  Rob spent close to 20 years at KPMG and also spent 5 years as an in-house CFO for a family run business.  In 2013,  Rob made the decision to re-enter the public accounting field and brought his knowledge and experience to Wilton White Hill, LLP. Rob has a variety of clients, both personal and corporate, in many industries across the Region. 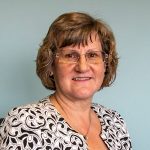 Colleen’s accounting career began in industry, working in the office of a hardwood lumber sawmill in the Tillsonburg area.  After moving back to the Niagara region in 1996, she transitioned into public accounting, and has been servicing local owner-managed businesses for the past 23 years.  Through correspondence and online education programs, Colleen obtained an Applied Bachelor of Business Administration degree through the Southern Alberta Institute of Technology (SAIT), and received her Certified General Accountants designation in 2010.  Colleen has volunteered with a number of charitable organizations over the years, serving as treasurer, and providing assistance with record keeping and completing Registered Charity Information Returns.